Producing the Future of Television 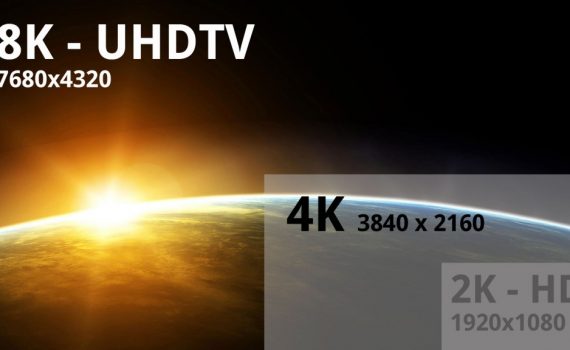 Preparing for 8K Streaming and Next Generation Remastering

We have always been trying to keep on the leading (sometimes bleeding) edge of remastering movies and our new mission is to future proof all remastering work moving forward as we upgrade our entire workflow to support 8K output and streaming.  While the downstream routines remain fairly similar to 4K, one area for great improvement that we recognize is to move out of the use of CCD imaging sensors and into a new methodology of using trilinear capture of pixels that will allow for much greater detail and lighting of the finest elements when scanning film.

The reasoning is pretty simple.  CCD capture devices used in the current crop of 4K-10K scanners all operate in the same basic method.  This can lead to color “cross talk” between pixels when capturing.  This is because CCDs use the Bayer Filter when capturing the image data.

When implementing a trilinear scan the idea is to scan each pixel in Red, Green and Blue and then superimposing the colors during the scan.  This eliminates the need to interpolate the pixels to properly represent the color data.  By capturing in color layers the digital representation is built much like the original film was in layers of color.

We are now working on replacing our standard scanning methods and future work will be done using the trilinear capture at 8K resolution with the initial image data at 48 bits of color data.  This will not only provide for the best possible 8K HDR streaming signal, but provide for even cleaner 4K and HD delivery with more detail than previous available in those resolutions. 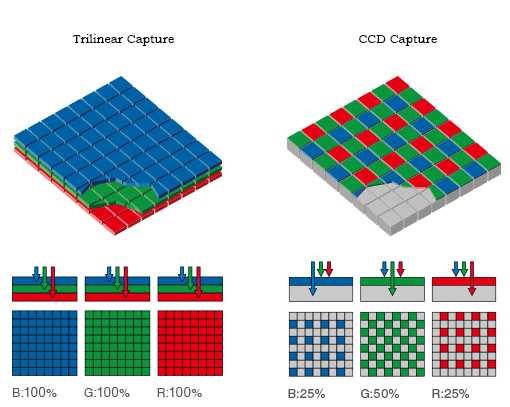 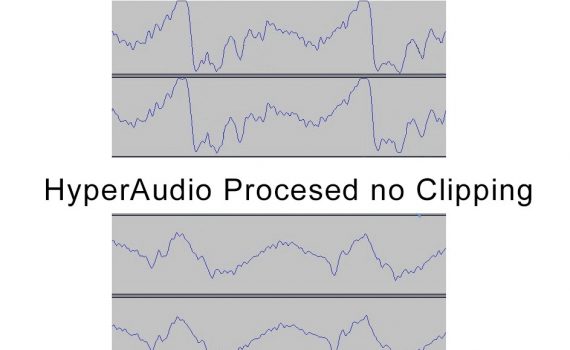 One of the overlooked aspects of streaming is the impact compression has on analog audio signals, especially when delivered to 2 channel devices such as internal Television Speakers.    With the release of HyperAudio processing by 4K Studios,  UltraFlix users will experience a best in class audio experience combined with award winning video streaming technology.

HyperAudio processing is a step during the mastering process when files are being encoded with compressed audio.  The process includes analysis of the entire soundtrack prior to processing allowing for the compression and encoding to take into account the entire movie.  Several of the issues with standard encoding and compression methods include an imbalance between scenes of volume levels, clipping of peaks in audio, and loss of overall warmth of the audio.

One of the issues during audio encoding and compression is that you can end up with a wide variation of contrast during quiet portions as compared to loud portions of the soundtrack.  Much like two pass video encoding techniques, by processing audio in a two pass method, the encoding and compression can take into account the variations in the audio track and make setting changes per scene accordingly.

Another issue that plagues digital audio encoding and compression is clipped peaks can often appear, distorting audio, particularly during loud scenes making it even more noticeable.  The problem by compressing with a single pass, or using a single band limiter you will often find that powerful highs will dull the sounds of the low frequencies, or powerful low frequencies will clip the high notes.  With multiband processing, and compressing each range of audio separately, then limiting them combined will provide for the maximum clarity even in loud scenes.  By processing the audio through a multi-band processor, HyperAudio ensures a much clearer and cleaner audio experience.

We are big fans of Criterion.  They have released some wonderful Blu-rays of classic movies.  The Criterion release of One Eyed Jacks was a great release and restoration came from the best possible sources.  Criterion has set the bar for film restoration DVD releases.

Our remastering of One Eyed Jacks started with an older copy and we didn’t have the luxury of the separate audio tracks.

We use the Lasergraphics Director to scan our film stock.  We scan masters in 16 bit color.  Our tools include After Effects, Neat, Red Giant, Infognition, Dark Energy, Davinci Resolve, Nugen Halo, Audition, and Lustre.

Below are comparisons of the Criterion Remastered Blu-ray and our Remastered 15mbit/s Stream. 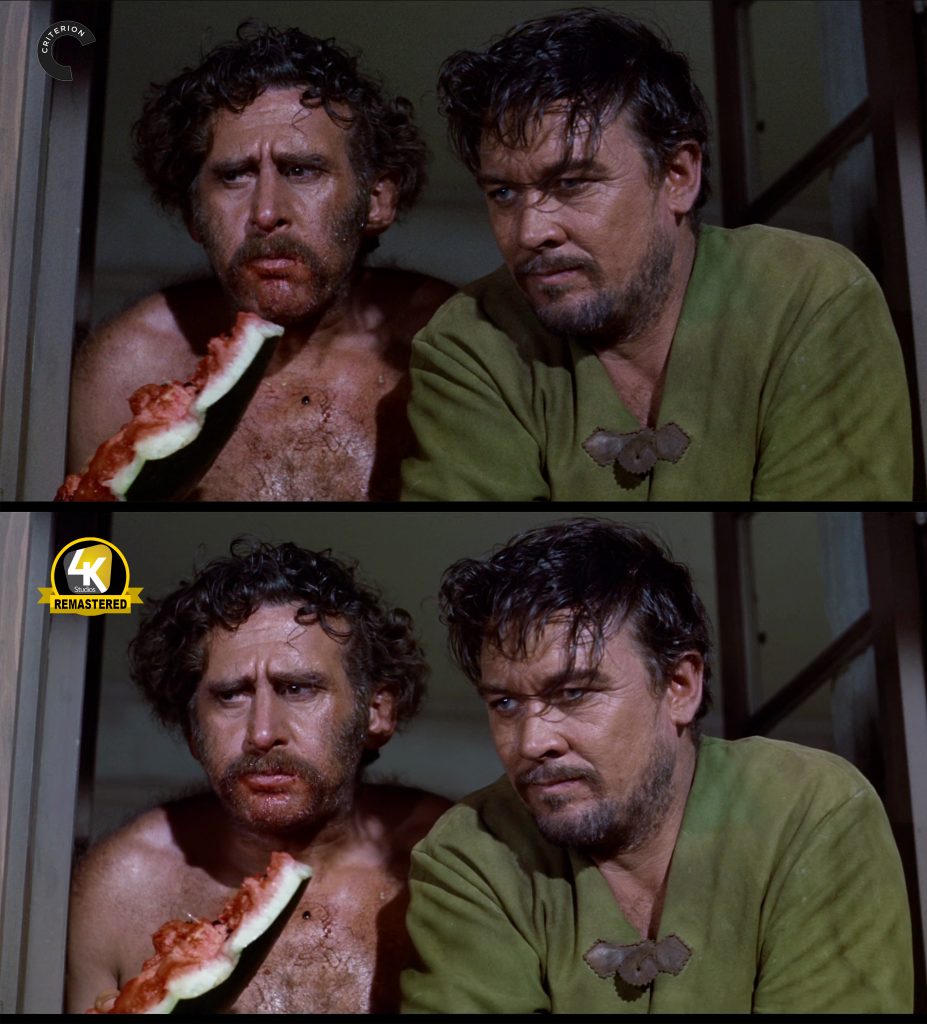 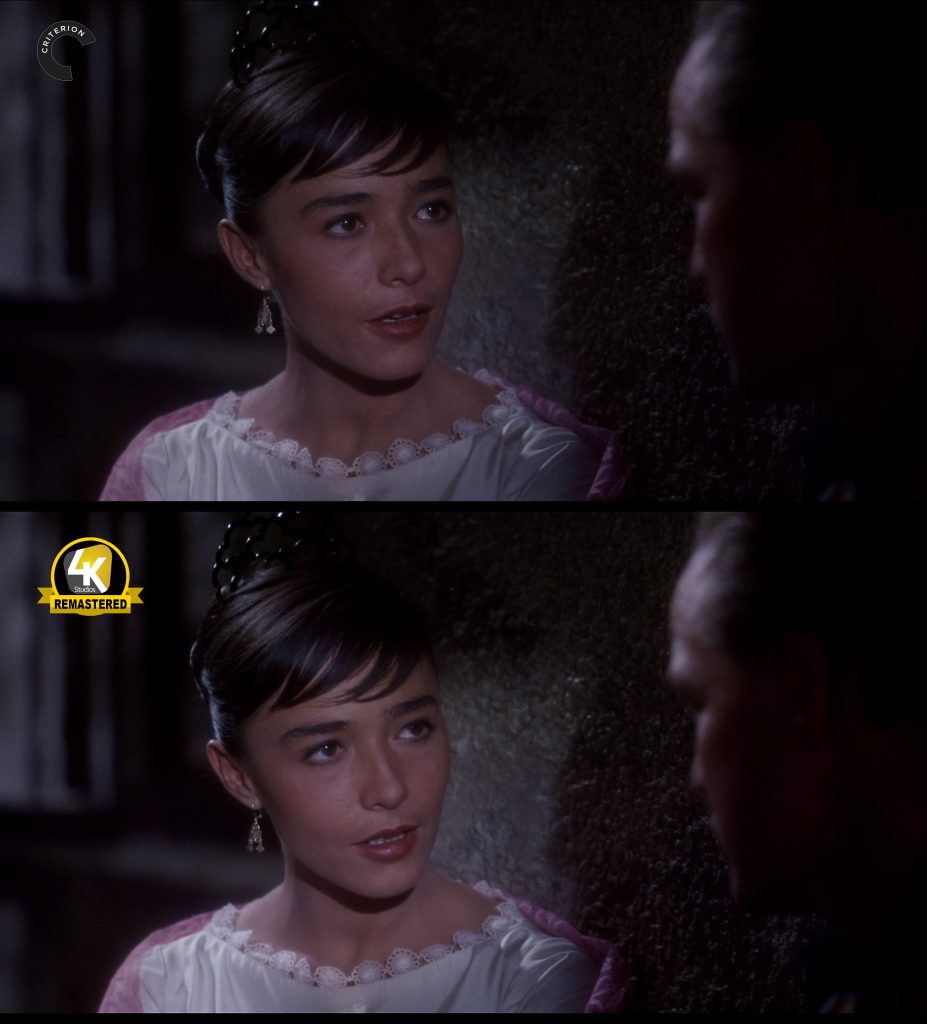